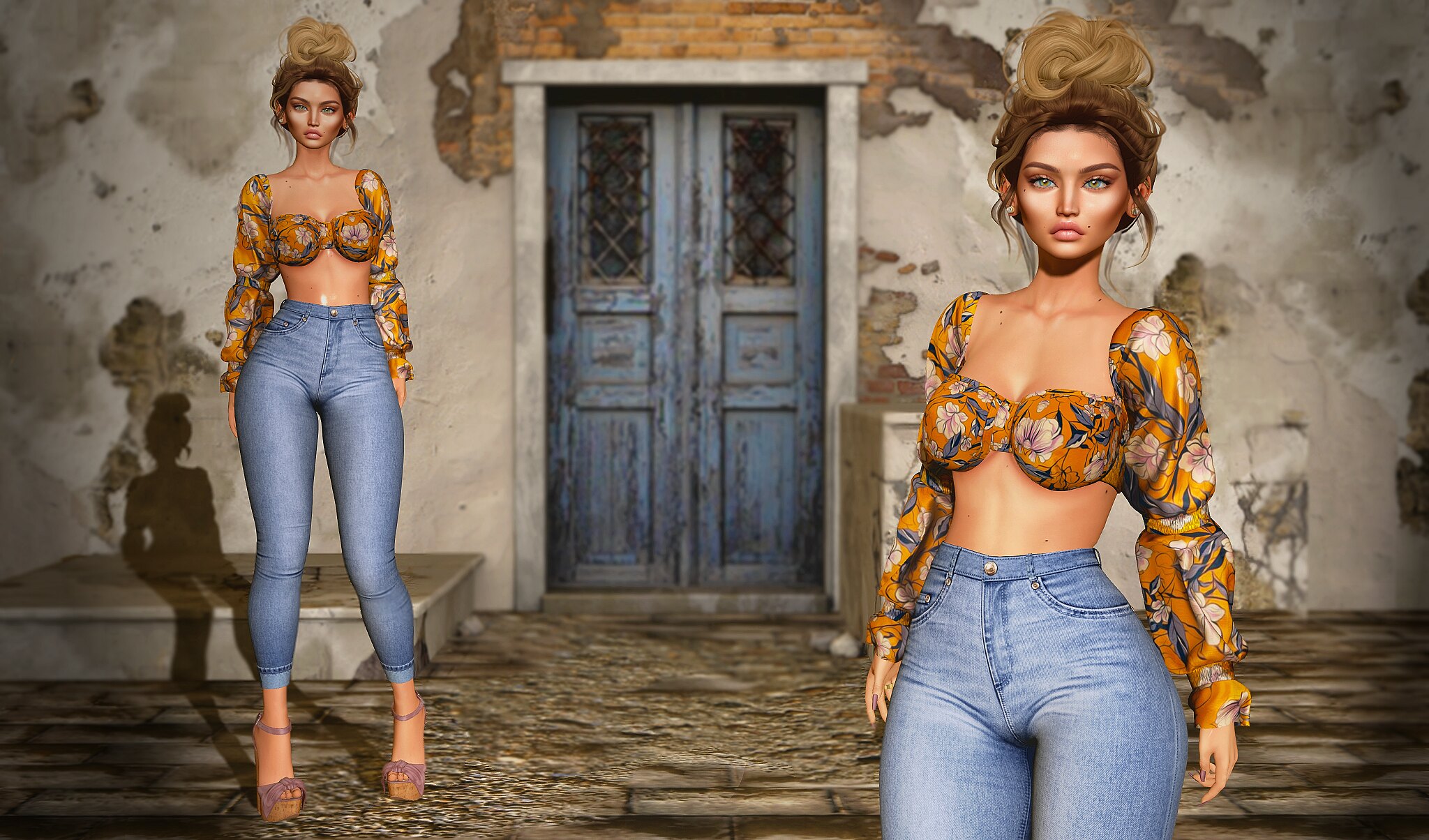 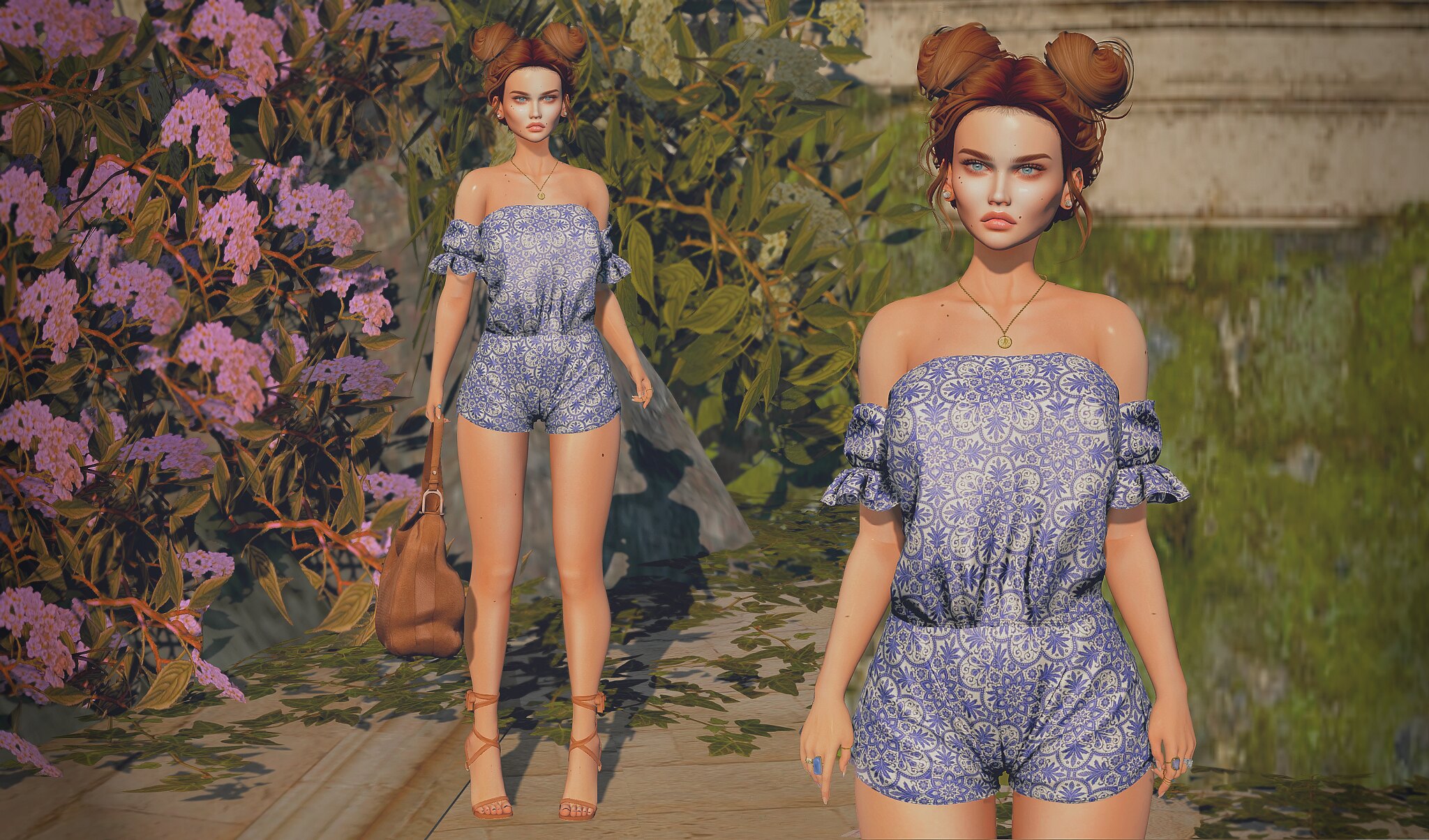 When I first saw this particular pattern of the Hollie jumpsuit from Osmia, I fell in love. I was also struck with a sense of deja vu because for the life of me, I couldn’t figure out where I’d been reminded of this pattern before. So with that missing piece of inspiration, Ms. Hollie has been sitting in my inventory just waiting to come out.

So yesterday I was browsing through Pinterest and my obsession with home decorating and lo’ and behold, there it was. These hand-painted terracotta Italian tiles. You know the ones- as seen on back-splashes and fountains and the like.

Although the Rewind Event ended a couple of days ago, Hollie and I were finally able to catch up over a beautiful Merlot, talk about our mutual love of the sea and create an ensemble that reminds us of those breezy Italian summers.

Have you ever had a home decor meets fashion spark of inspiration? I’d love to hear about it!

Poses by Bossie
Location @ the Grove 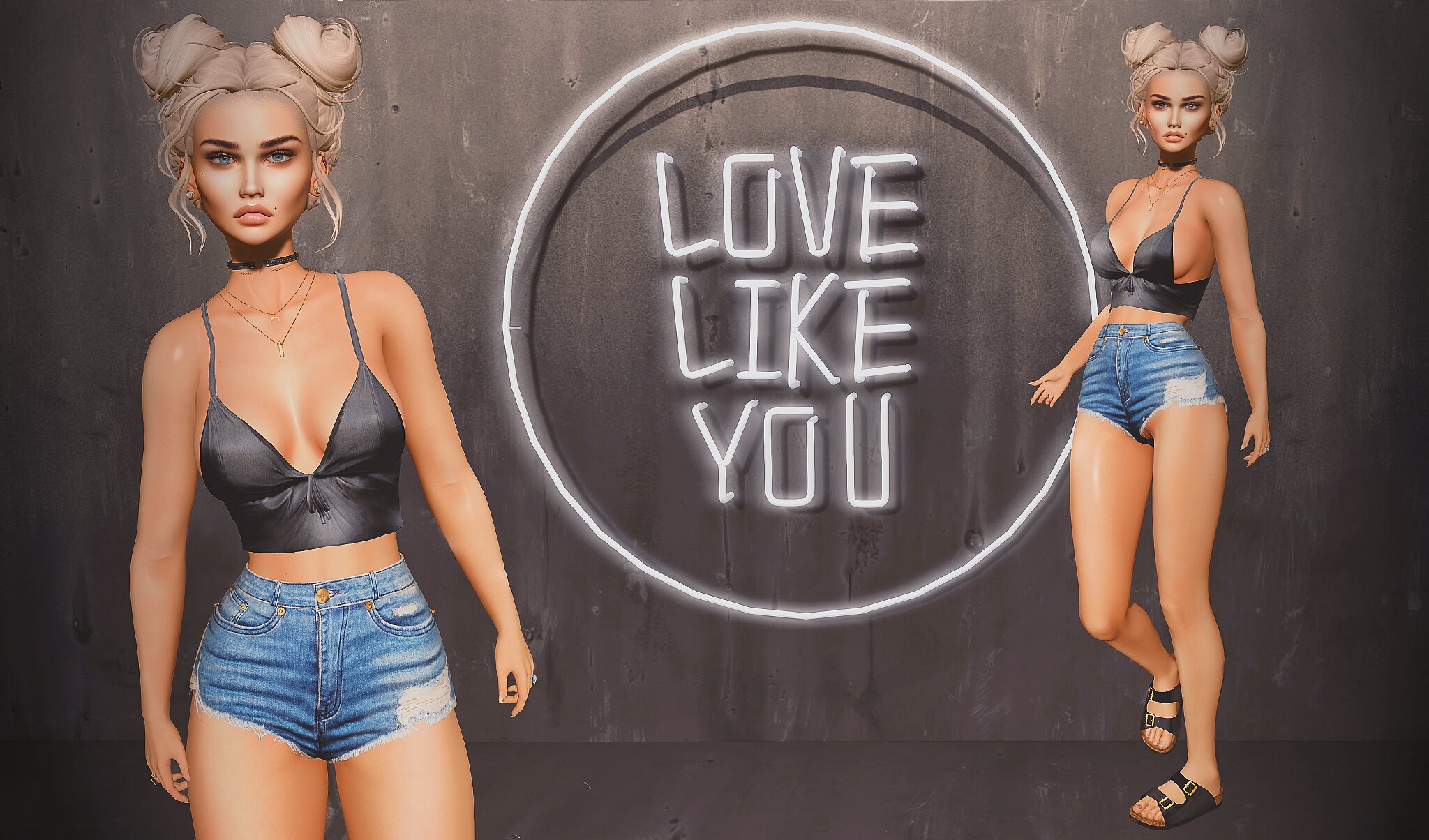 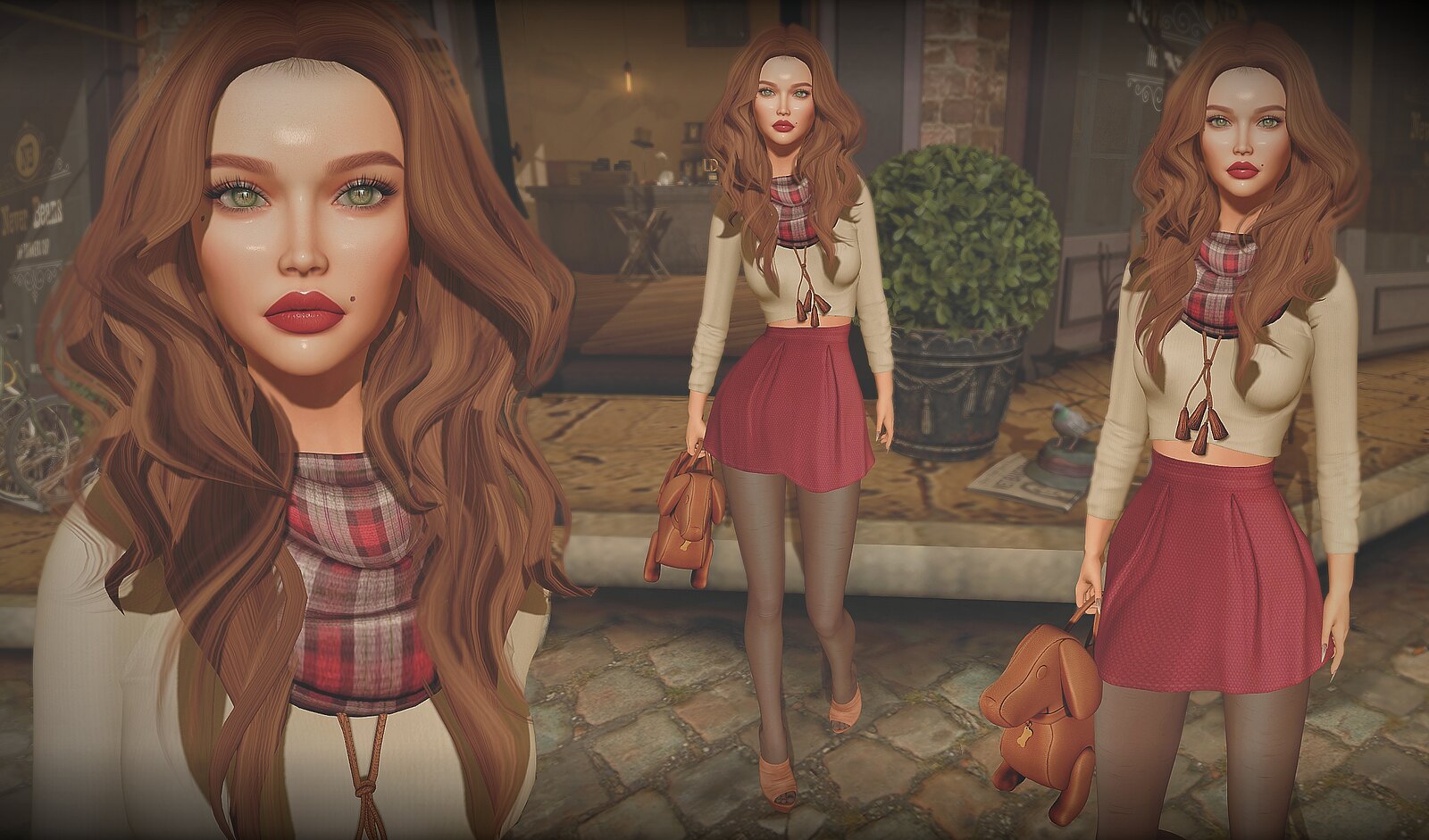 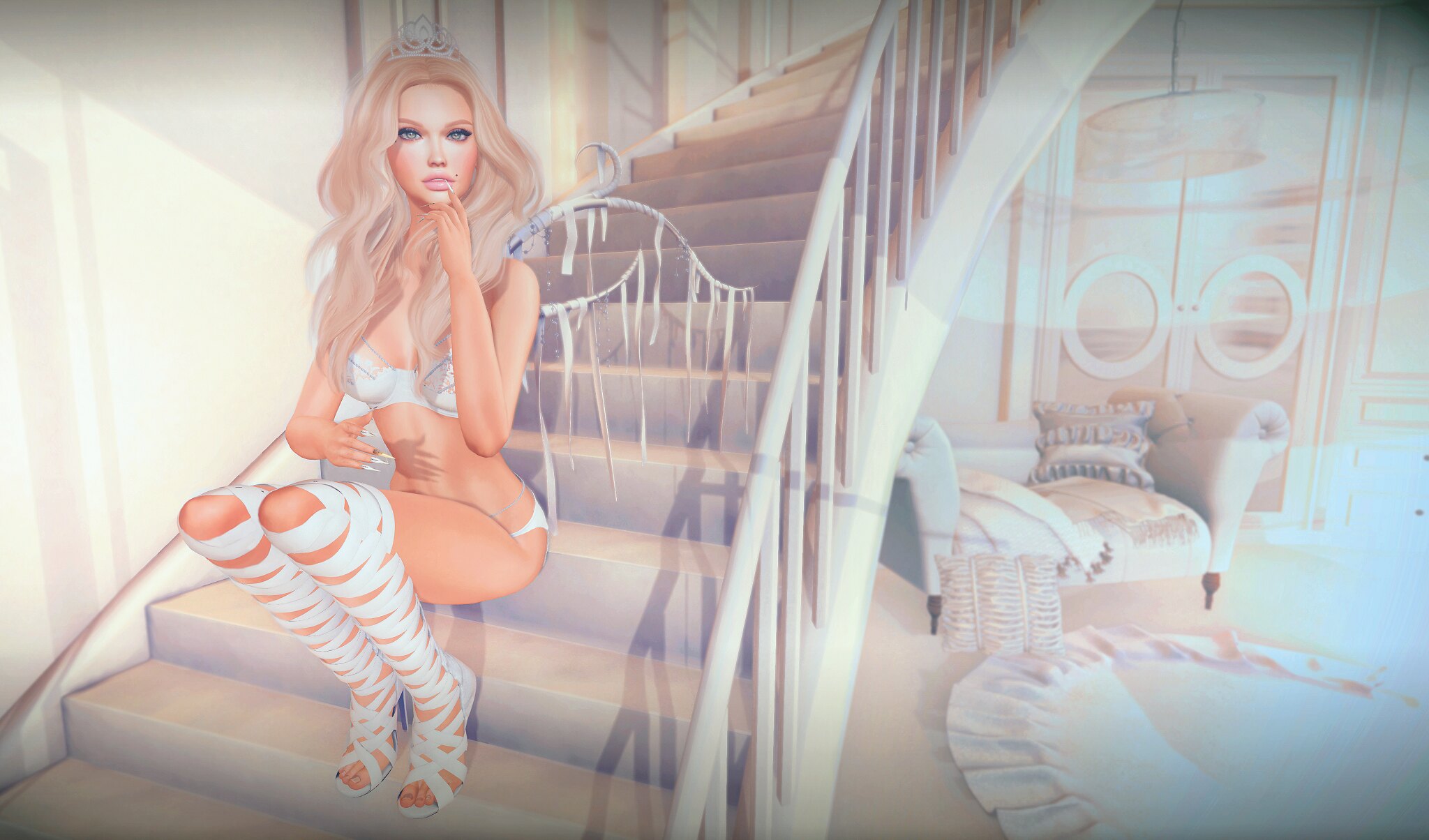 The Arcade is back and it’s a spring fling of new gachas at the current round of our favorite gacha event- sponsored by Addams, CerberusXing, Empire, Jian, RH Design and Salt & Pepper.

A third full-region shopping sim has also landed down on the grid, making accessibility to the usually packed event so much easier!

As always, the Arcade runs from March 1st – March 31st, so you’ve still got quite a bit of shopping time left to hoard and trade all of your favorites!

Pose by Kiss Me Poses (bento/erotic) 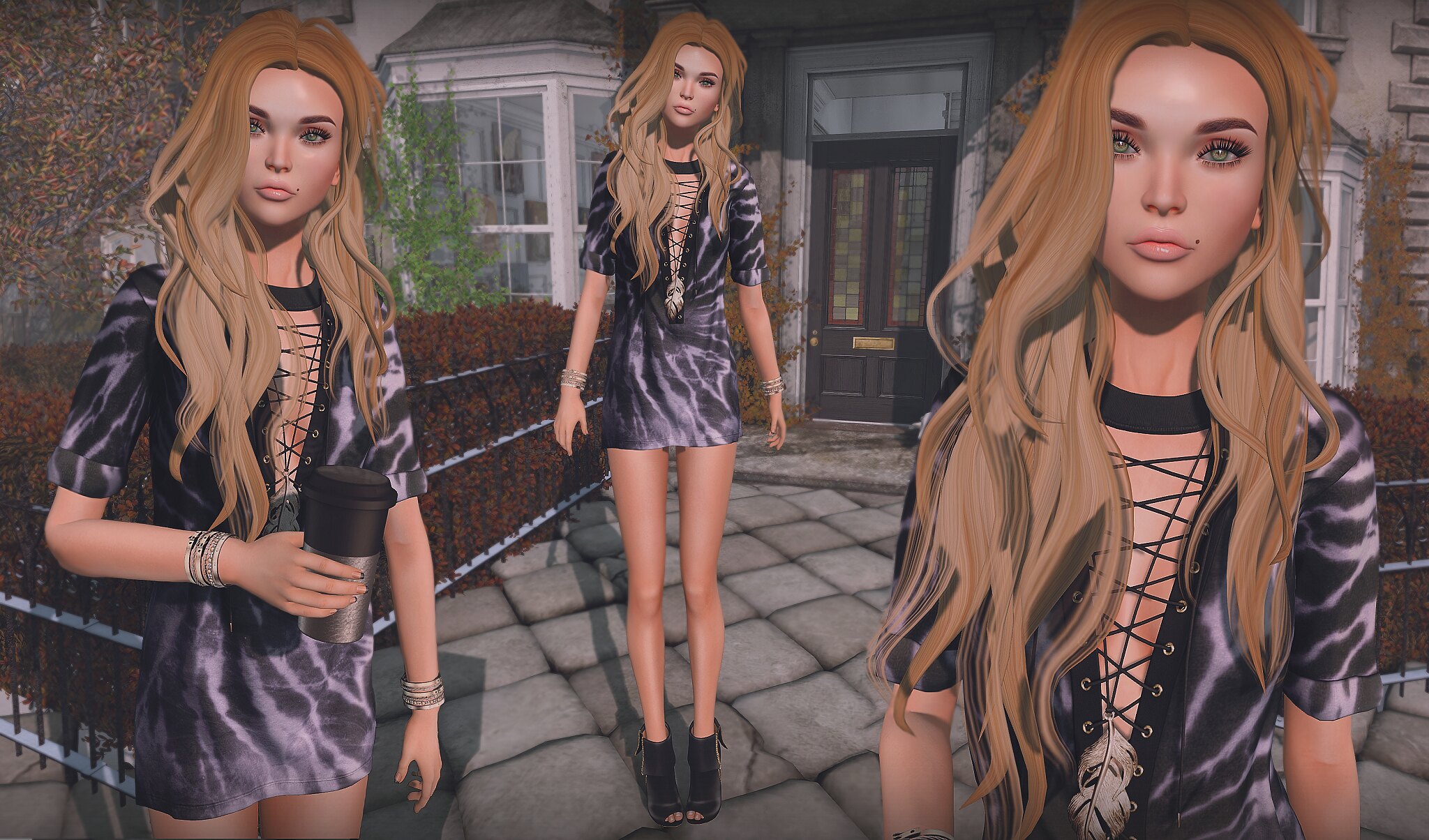 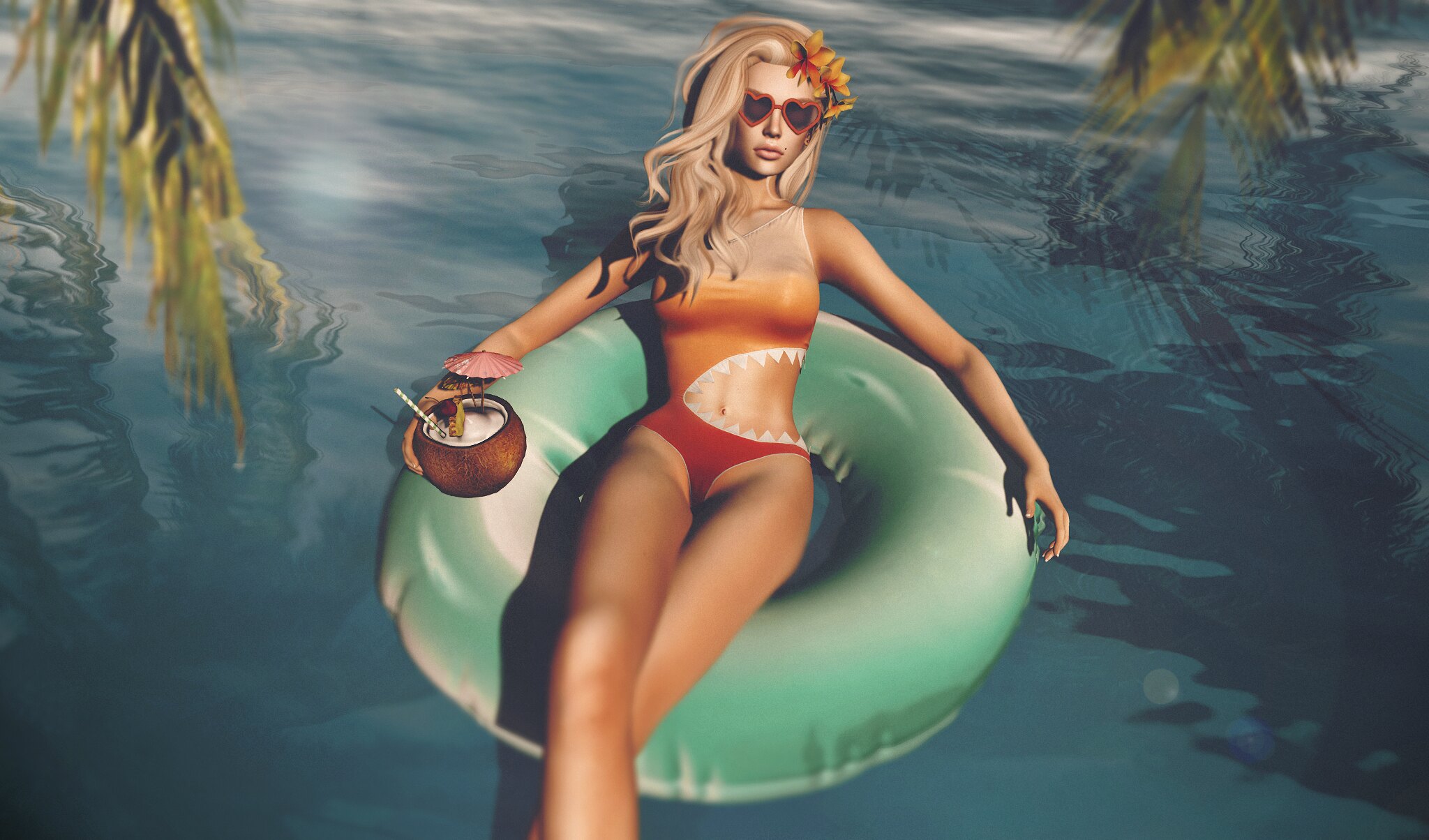 My favorite event, Summerfest, has finally arrived and with it, all of the wonderful goodies related to my favorite time of the year!

Tetra has released this feisty new ‘Sharkini’ swimsuit for the event. It comes in nine colors and is fitted for the Maitreya Lara and SLink Hourglass/Physique mesh bodies.

The Arcade is also in its fourth and final week and with just seven shopping days left, there is still plenty of time to stop on by and play your favorite machines, many of which also have some fantastic summer items available!