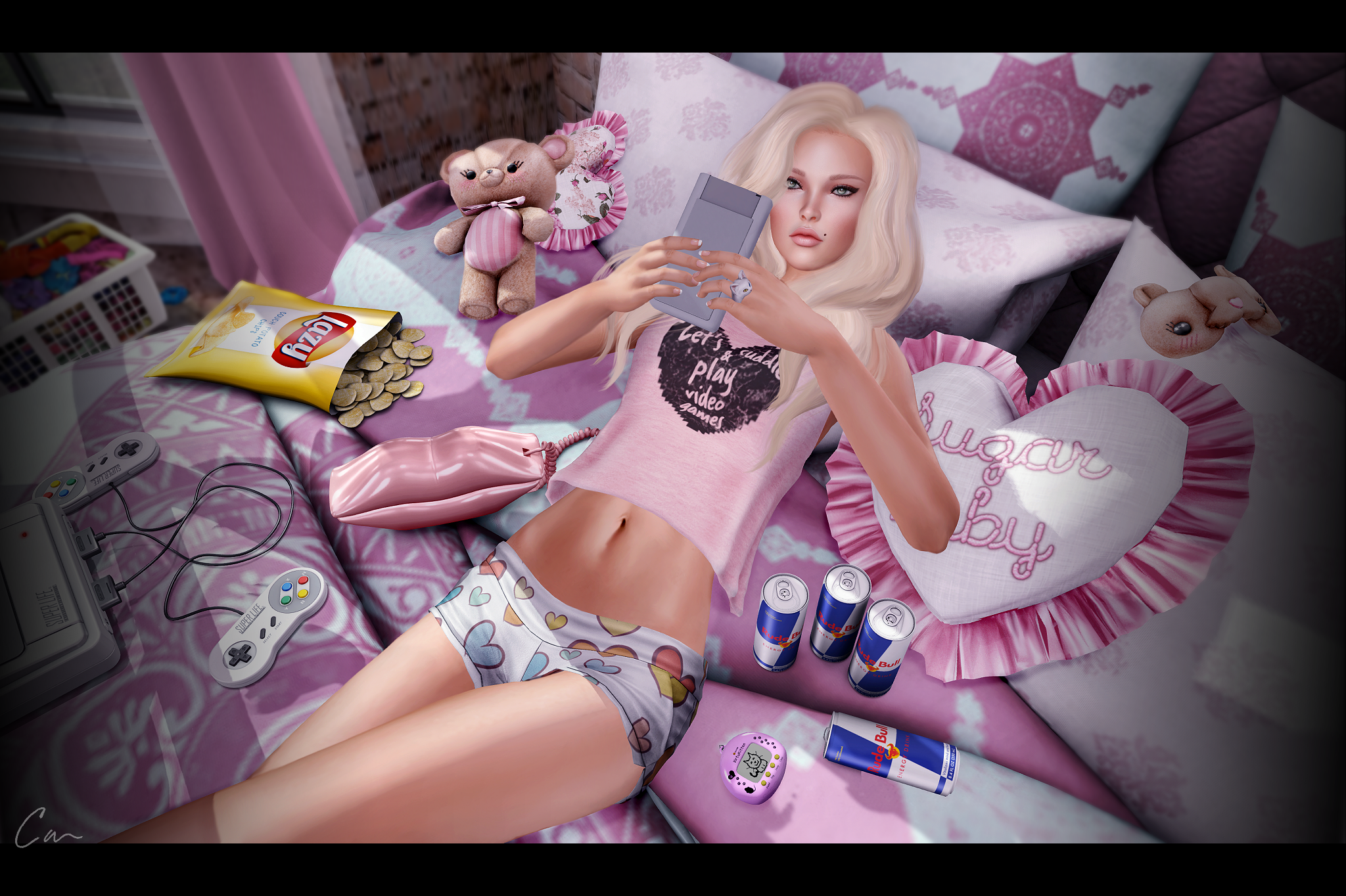 I am so excited about all the new releases this month! Not only does September kinda-sorta kick off the start of the fall season (pumpkin spice everything <3) but it also means that the Arcade is once again upon us!

I’ve been in a bit of a gaming mood ever since the new round of Oneword announced its ‘gaming’ inspired theme and I snatched up this fun tank from Lucky CC. And naturally, as the Arcade has something for everyone, I was also able to dress up my pretty in pink gamer girl room with loads of new goodies from ‘the Sugar Garden,’ ‘Tres Blah,’ and ‘Commoner,’ among others.

Both Oneword and the Arcade open September 1st, so get there quick before it’s all over!