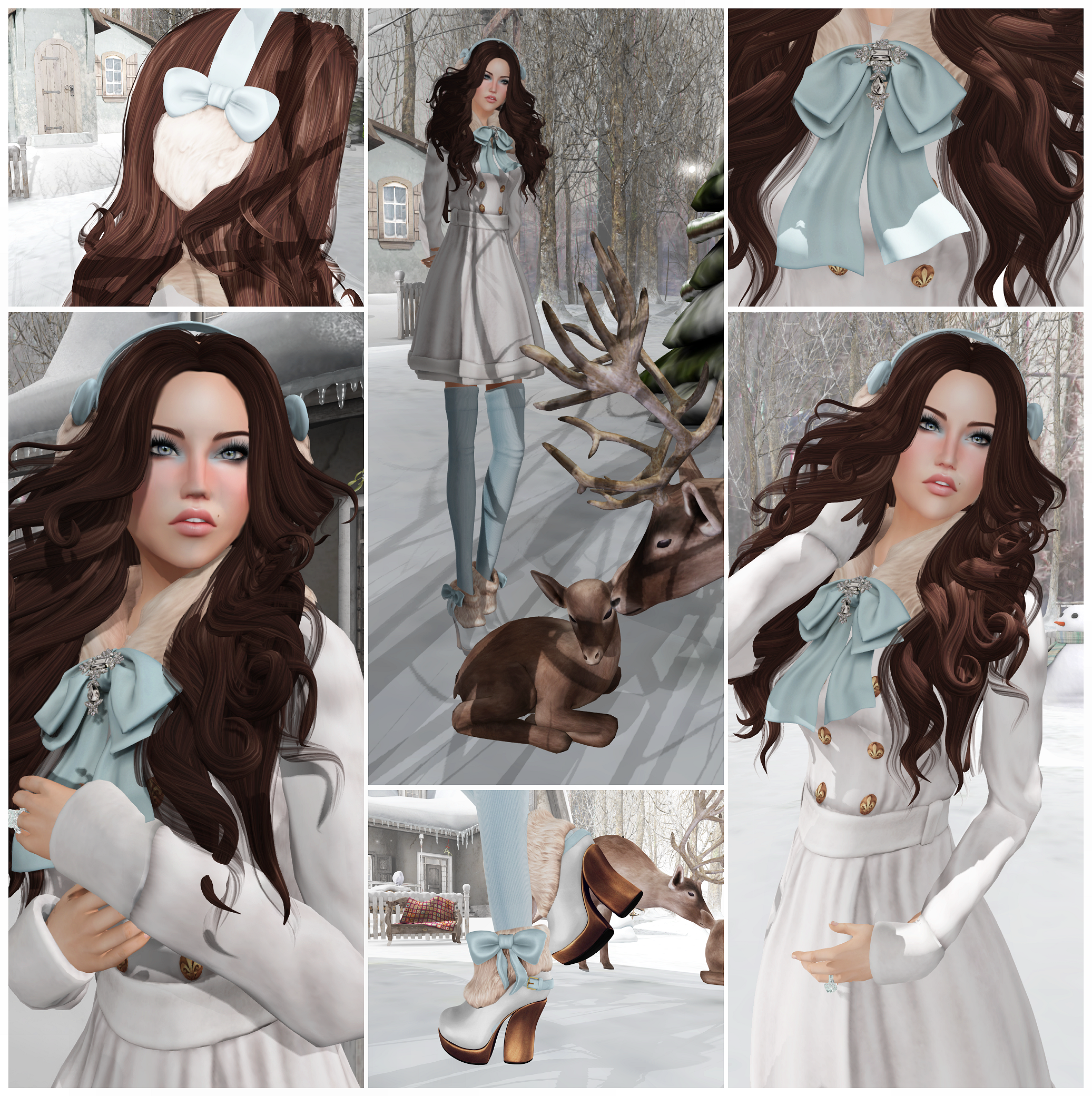 OMG! I am so excited! One of my favorite and the most addictive SL event ever- is back! The December round of the Arcade opened today and with it bought an instantly packed sim, trades galore and the steady sound of Lindens flying. It really is Christmas-time!

When I saw this new skin by Glam Affair I had to have it! I didn’t care how much I had to spend, I played and played until both america shades were so owned by me, and I am so not disappointed! As always, Aida Ewing has outdone herself with this one.

Another item that I have not been able to take off since I received it, is the opulent bow ties from ISON. Even though each one has the charming crystal embellishment, the pretty powdery blue of the RARE (of course) is by far, my favorite. Naturally, I wandered around nearly naked with it in search of the perfect outfit, finally surrendering to the perfect winter elegance of the new peacoats (complete with all the trimmings!) by Birdy/Foxes. I have to say, the two make quite the pair!

I’ve set up an entire little village using tons of items from the event, but I’ll come back to blog those later- I am too busy basking in all the awesome newness at the moment.